Christchurch and Terrorism in the Age of the Meme

Christchurch and Terrorism in the Age of the Meme 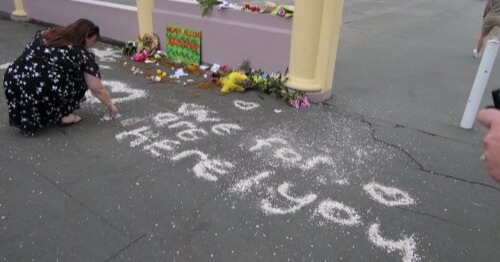 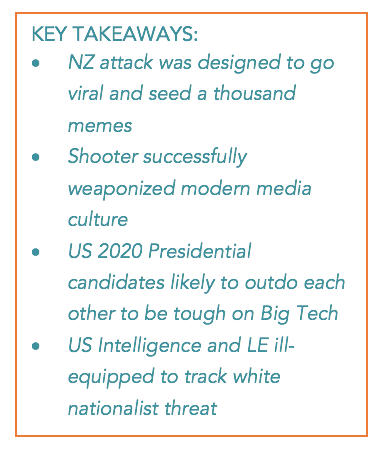 On Friday March 14, a 28 year old man killed at least 50 people in attacks against Muslim worshippers in mosques in Christchurch, New Zealand. Several insights about this attack bear mention: the sophisticated media strategy employed by the shooter; the potential for the attack to trigger additional violence by white nationalists; and the likely politicization of platform content as a campaign issue.

The Christchurch shooter illustrated the evolution of extremism in the age of the meme, displaying a masterful grasp of traditional and social media. The livestream of the attack and the publication of the manifesto were part of a propaganda package designed to go viral by a shooter who reflects the snarky and deeply self-referential online extremist communities from which he emerged. Wielding contemporary media culture as weapons, the shooter created a new blueprint for effective extremist violence and mobilization.

The Christchurch shooter (we are not using his name to avoid further publicity for his cause) took great care to design his attack for maximum media impact while avoiding actions that would have triggered censure of his social media accounts.  The shooter created a new Twitter account in February, but waited until three days before the attack to post images of his weapons. The account had no followers and did not reference other extremist accounts, making it unlikely to be flagged by other users or content moderators prior to the attack. Mere hours before the attack, the shooter posted his manifesto to 8chan and linked to a Facebook account that he claimed would livestream an attack.

In the aftermath of the attack, the media behaved just as the shooter anticipated; his manifesto and livestream were rapidly shared across all channels, giving him the global audience he surely sought. In a particularly inspired bit of trolling, the manifesto and video called out several high-profile social media figures, including Candace Owens and YouTuber PewDiePie, forcing them to make statements that further amplified news of the attack.

Although the original livestream and the shooter’s social media accounts have been removed, content moderators are still struggling to remove gruesome clips from the video. As intended, the shooter’s words and video footage will live forever in unregulated parts of the internet.

The attacks in Christchurch were designed to create a race war, and the shooter hoped his manifesto would serve as the call to arms. Social media companies and content platforms have struggled to respond to white nationalist activities that tread the line between protected speech and hate speech. Toxic rhetoric is sadly common, but the real danger lies in a manifesto that provides such a clear path for turning online hatred into violence “IRL.”

The attack has already inspired users to spread radical messages on forums like 8chan, where one of the most popular threads currently argues, “memetic warfare is our greatest weapon.” Another white supremacist group named “Atomwaffen” started identifying mosques for future attacks on deep and dark web forums. The threat of copy-cat attacks should be taken seriously, particularly against the backdrop of the 2020 U.S. presidential campaigns, which are likely to revisit culturally polarizing debates over race, equity, and immigration.

The attack in New Zealand invoked the narrative of a crusader holy war, complete with references to the Knights Templar. How will Islamist terrorist organizations such as Islamic State respond? With memes, of course.

In the aftermath of the Christchurch shooting, several pro-ISIS Twitter accounts called for retribution. The Islamic State is beleaguered and fragmented, however, and its affiliated groups are caught in territorial struggles in localized conflicts, meaning that its primary response will be leveraging the attack for recruitment.

The New Zealand shootings were swiftly characterized as another example of Silicon Valley’s inability to moderate content. Influential politicians such as Senator Mark Warner and presidential hopeful Cory Booker have pushed for greater oversight and regulation of tech companies. Amid a crowded Democratic presidential field, candidates may be tempted to take a particularly harsh line on Silicon Valley companies.

U.S. intelligence and law enforcement entities have become adept at countering Islamist terrorism, yet over the past decade, white nationalists have accounted for the majority terrorist acts in the United States. To date, there has been no national level agreement on how to address this growing threat. Christchurch may catalyze a debate around how law enforcement and intelligence communities assess, monitor, and engage rhetoric and content online to prevent terrorist attacks in the real world.

Policymakers, platform content moderators, and law enforcement are all ill-equipped to respond to this “did he really mean it” moment where the line between trolling and inciting violence has become very hard to see. Memeable terrorism poses a particular problem for law enforcement agencies, which have been so singularly focused on Al-Qa’ida and ISIS that they have missed the growth of a far more dangerous and proximate threat from domestic nationalist extremists.

Whatever else happens, we can be sure that the Christchurch attack will not be the last of its kind.