Crisis in the Gulf

Home » Crisis in the Gulf
Previous Next

Crisis in the Gulf 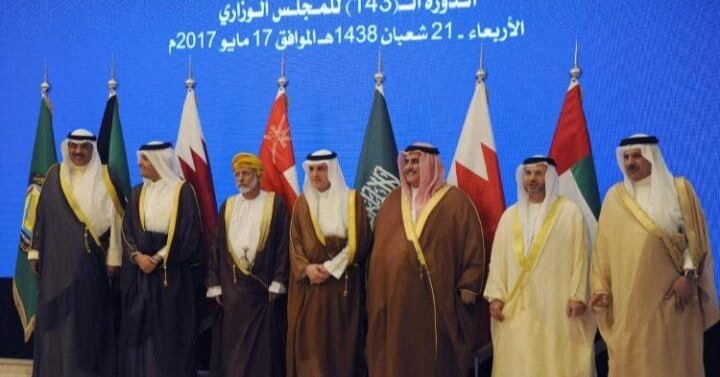 In late May, Qatar’s state news agency was hacked, leading to the publication of a report alleging that Qatari Emir Hamad al-Thani had given a speech criticizing the American government, reaffirming support for Hamas and the Muslim Brotherhood, and praising Qatar’s relationship with Israel and Iran. Despite the government’s insistence that the story was falsely posted, Qatar’s Sunni allies were incensed. Days later, Saudi Arabia, Egypt, the United Arab Emirates (UAE), Bahrain, and Yemen severed diplomatic relations and closed land, air, and sea travel to Qatar, setting off a new wave of instability in the region.

How Did It Happen?

Although the split seemed sudden to some observers, the rift between Qatar and its fellow Gulf Cooperation Council (GCC) countries has been simmering for years. In 2014, Saudi Arabia, Egypt, Bahrain, and the UAE withdrew their diplomats from Qatar and accused the Qatari government of harboring a “hostile media” network (referring to Doha-based Al Jazeera, which often airs programming that is critical of other GCC governments) and funding Islamist organizations linked to the Muslim Brotherhood. The spat lasted for nine months before the countries reestablished a working relationship, but the core differences were never fully resolved. Since then, Gulf leaders have become increasingly frustrated with Qatar’s reluctance to pursue foreign policies consistent with the GCC’s common regional agenda. At the same time, GCC nations are worried that Qatar’s deepening ties to Iran and its support for Hamas and the Muslim Brotherhood will threaten Sunni power and increase Iranian influence in the region. They have also been emboldened by President Trump’s hawkish approach to Middle Eastern diplomacy and likely believe that they have the support of the current administration in taking a hard line against Qatar. The false news story that ran on Qatar’s state news agency thus set the stage for Saudi Arabia and its allies to sever ties with a country that was seen as an unreliable ally.

Following the break in relations, GCC leaders and their allies accused Qatar of being a major source of funding for terrorist organizations. President Trump reiterated the accusation in a tweet on June 5, in which he suggested the split would be “the beginning of the end to the horror of terrorism!” Qatar has reportedly funded some of the most extreme groups fighting against the Syrian and Libyan regimes, including groups with ties to Al-Qaeda. Some of this funding came from Qatari leaders; however, other instances involved private donations. The phenomenon of private donations to extremist groups is hardly unique to Qatar; however, Saudi Arabia and the UAE have taken stronger action in recent years to limit their citizens’ financial support to extremists.

Qatar and Iran share the world’s largest independent gas field, a 9,700 square kilometer stretch in the middle of the Persian Gulf. Most of Qatar’s wealth is derived from its share of the field, which it has painstakingly and expertly developed for decades. Due to international sanctions, Iran could not afford to develop its portion of the field until the Iran Nuclear Deal was signed in 2015, reducing oil and financial sanctions. In an effort to protect its own resources and help Iran cultivate its gas safely, Qatar has offered technological and geological assistance to the Iranian government, consequently deepening its diplomatic ties. This coordination has alarmed the other GCC members.

Qatari engagement suits Iran’s interest by reducing Sunni (and particularly Saudi) influence in the region. Iran recognized long ago that funding the Muslim Brotherhood and Hamas would have a destabilizing effect in the region. More recently, Iran provided support to Yemeni rebel groups shortly after Saudi Arabia and the UAE entered the civil war on the side of the Yemeni government. It therefore comes as no surprise that Qatar’s support for Hamas and the Muslim Brotherhood, along with its economic ties to Iran, are viewed as a threat by Qatar’s nominal Sunni allies.

What Does This Mean for the West?

In addition to increasing instability in an already volatile region, the diplomatic rift between Qatar, Saudi Arabia, the UAE, and other GCC members could undermine political unity and joint diplomacy, therefore hindering numerous diplomatic and anti-terror goals. For example, Qatar is home to the forward headquarters of the United States Central Command, which oversees all military operations in Afghanistan and the Middle East, including air strikes against ISIS in Iraq in Syria. As intra-GCC relations deteriorate, coordinated action in support of common interests, such as anti-terrorism actions in Iraq and Syria, will become much harder, and regional cooperation on U.S. security objectives may grind to a halt.

Moreover, the diplomatic crisis may push Qatar closer to Iran, which offered to send food and supplies to the country after Saudi Arabia closed Qatar’s only land border, effectively cutting it off from incoming shipments. Turkey, which has increasingly been at odds with the United States, has also reached out to Qatar to offer diplomatic and military support. Absent a strong response from Washington to support a diplomatic resolution, regional rivalries may increasingly drive policy in the region.

Finally, travel throughout the region has been severely impacted, and most major airlines have already canceled flights and altered routes to avoid Qatari airspace. Many international businesses have withdrawn their employees and closed their offices due to the uncertainty surrounding the conflict, and Qatari citizens are scrambling to stock up on food and necessities that may become sparse once current supplies run out.

On June 23, Saudi Arabia, the UAE and Bahrain issued a set of demands to Qatar (via Kuwait, which is acting as an intermediary). In order to restore relations, the three countries want Qatar to expel members of Hamas and the Muslim Brotherhood, end terrorist financing, close a military base used by Turkey, end relations with Iran, and shutter Al-Jazeera. The demands should be seen as a starting position for negotiations, and the GCC will likely reconcile with Qatar before the end of the year. However, given the underlying strategic differences among GCC members, the struggle for power and influence in the region will continue long past the latest crisis.