Deep and Dark Web: The Collision of Far-Right Extremism with Big Tech

Home » Deep and Dark Web: The Collision of Far-Right Extremism with Big Tech
Previous Next

Deep and Dark Web: The Collision of Far-Right Extremism with Big Tech

During my roughly two years as a dark web analyst at Concentric, I have observed three key issues about the security challenges that online far-right extremist communities pose against Big Tech companies. First, online communities tied to far-right extremist ideologies have developed anti-Big Tech sentiment as a result of these behemoth companies’ stricter enforcement of content moderation and censorship policy. I have also noticed a trend of users migrating from the surface web to deep and dark web platforms seeking to circulate their extremist views with anonymity and avoid consequences from tech companies and law enforcement. Lastly, the hostile nature of the trends and narratives surrounding Big Tech on the deep and dark web will continue to escalate and new security risks will emerge as these online far-right extremist communities expand. Why the Tech Industry?

A spectrum of political actors have used social media platforms for uprisings against regimes to the overthrow of democracies. The 2009 Iranian Green Revolution and the 2011 Arab Spring are recent examples of marginalized groups and individuals utilizing social media to avoid state surveillance from authoritarian regimes and censorship. The same capabilities social media platforms offer can be used by far-right extremist groups for malicious activity. The rise in disinformation and misinformation in tandem with the reduced legitimacy of traditional news outlets increases the threat actors’ capabilities to manipulate the flow of information on these platforms. 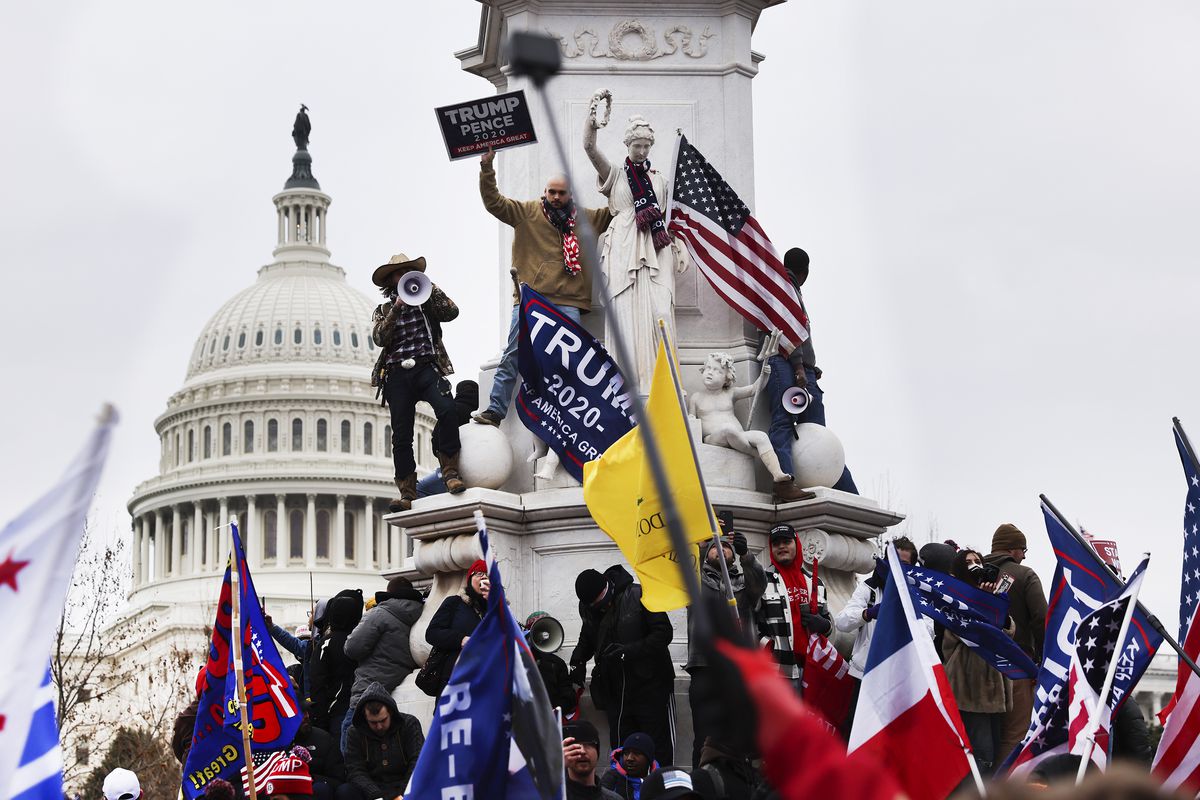 The Dark Web and Far-Right Extremism

The deep and dark web has played a significant role in creating a space for right-wing extremism to thrive. This migration of users has escalated as tech firms heighten their censorship and content moderation efforts. We have noted a trend of users migrating from the surface web to the dark web seeking anonymity and a free speech “safe haven.” The expansion of anonymous hate forums and far-right conspiracies on the dark web eventually escalated to real-world violence, with the most significant to date being the Capitol insurrection on January 6th, 2021.

What is the nature of the threat against tech?

Given the diversity of groups and individuals on their platforms, tech companies face complicated security challenges. They are increasingly being held accountable, rightfully so, for the activity they enable. Far-right extremist groups utilize tech platforms for recruitment, fundraising, spreading misinformation and disinformation, and organizing a range of activities, including protests, hate crimes, and insurrections.

Concentric assesses that anti-Big Tech sentiment and hostile conspiratorial rhetoric against tech companies on the surface web and deep and dark web platforms will continue to rise throughout 2022. Tech companies will see these trends spike during policy changes within tech firms and upcoming global elections, including the 2024 U. S. presidential election, especially among political candidates who feel targeted by the tech industry. Far-right extremist groups and individuals have proven adaptive and employ strategies to evade law enforcement and detection while continuing to effectively organize and mobilize large numbers of individuals online. As this security challenge facing the tech industry develops and the deep and dark web’s user base grows, new security risks will continue to emerge.

If you would like more information on how Concentric and its Global Intelligence Team can support your organization with timely and accurate deep and dark web intelligence analysis of global trends and events, please contact us here.

The Role of Sentiment Analysis in Risk Management