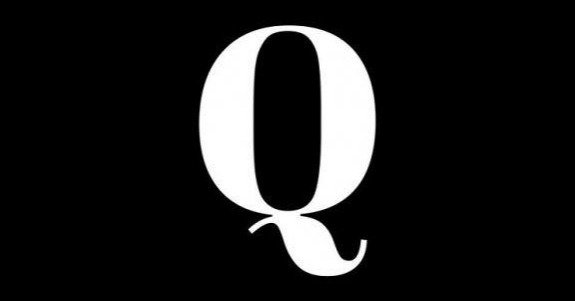 Last month, the owner of The Red Hen restaurant in Lexington, Virginia quietly refused service to White House Press Secretary Sarah Huckabee Sanders. In the age of Twitter and twenty-four-hour news cycles, owner Stephanie Wilkinson surely knew that she and her restaurant would face criticism for the decision to ask Sanders to leave. Few could have predicted, however, that within a single day The Red Hen would be decried as the latest clue revealing a vast conspiracy where shadowy figures running a child sex trafficking ring are targeting Trump administration officials.

Suddenly, The Red Hen and other restaurants sharing its name were flooded with social media messages that “the Storm is coming” and received threats discussing “QAnon” and “pizzagate.” Observers became concerned that a conspiracy theorist could resort to violence, as was the case in 2016 when one pizzagate adherent fired an assault weapon inside a Washington, D.C. pizza restaurant. This exposed a dark, alternative political narrative that boasts thousands of believers online.

Conspiracy theories, formally defined as a belief that a group of powerful people are planning evil actions in secret or are directly responsible for a certain event, have been common for centuries. Although today’s popular political conspiracy theories are frequently attributed to the alt-right, the standard definition also encompasses Flat Earthers, Anti-vaxxers, 9/11 Truthers, those who believe in the Illuminati and a New World Order, and those who believe the moon landing was fake.

Conspiracy theories often focus on the imagined actions of government officials, wealthy individuals, and others who appear to have power within society. As tech industry figures – and even some entertainers – build public personas and seek to influence politics, they have increasingly become the subjects of new and existing conspiracy theories. For example, a certain online contingent believes that Beyoncé and Jay-Z are members of the Illuminati, and Bill Gates is frequently accused of advancing a population control scheme through his philanthropic work in the health sector.

The Internet has played a significant role in what some psychologists describe as a “golden age” of conspiracy theories. Traditional psychological explanations of the appeal of conspiracy theories center on their ability to make sense of large and often random phenomena, such as President John F. Kennedy’s assassination. The sheer volume of information available on the internet can increase the psychological need to make sense of world events, even as new platforms like Twitter and unmoderated message boards can connect believers with those willing to be convinced.

At the same time, the recent success of state-sponsored online disinformation campaigns has made traditional sources of information seem less trustworthy and inspired some to seek out alternative narratives. Social media algorithms are designed to show viewers more of what they like or engage with, meaning that, over time, conspiracy theorists will see more and more content that reinforces their new world views, steadily becoming more convinced that mainstream explanations of events are false. In fact, some studies show that individuals who believe in one conspiracy theory are more likely to believe others, even if those narratives contradict each other.

Twitter users accused The Red Hen of being part of a popular conspiracy theory often referred to as Q Anon or The Storm. This theory alleges that the so-called “deep state” within the American executive branch abuses its power by kidnapping children and performing pedophilic rituals. Some even accuse the deep state of sacrificing children. The name Q Anon comes from a string of anonymous posts to the online message board 4chan and other image boards authored by an individual identifying as Q as early as October 2017. Q claims to be an employee of the U.S. government and have a Q-level clearance, which is a valid type of clearance used by the Department of Energy. Q’s posts include vague information claiming Special Counsel Robert Mueller’s investigation is not focused on Russian influence in Donald Trump’s 2016 presidential campaign, but will instead “bring down” both Hillary Clinton and Barack Obama, as well as the child sex ring operated by their allies. These accusations are clearly baseless, but nevertheless have been discussed by prominent alt-right and conservative figures such as Alex Jones and Sean Hannity. Q Anon’s theory was even referenced in Roseanne Barr’s tweets before she was fired by ABC.

Adherents to the Q Anon conspiracy theory often link it to other popular conspiracy theories that share an anti-globalist world view. Some devotees believe the child trafficking is motivated by Satanic worship, while others believe it has more to do with CIA blackmail and geopolitics between the United States, Russia, and the Kingdom of Saudi Arabia. George Soros and the Rothschild family occasionally make appearances as powerful individuals directing actions from behind the scenes, and anti-Semitic bias is common among Q Anon believers. Most are united behind the idea that the sealed indictments from the Mueller investigation are poised to bring down the “cabal” within the U.S. government.

Unfortunately, fervent believers of conspiracy theories like Q Anon sometimes go beyond discussing their ideas online; some have also taken violent action based on their misplaced beliefs. One year before Q Anon posted on 4chan, online theorists became convinced that Democratic leaders were running a child sex trafficking ring out of Comet Ping Pong, a pizza restaurant in Washington, D.C. During the height of this conspiracy – known as Pizzagate – one believer drove from his home in North Carolina armed with an AR-15 rifle and a revolver to “investigate” the veracity of the theory. He fired several rounds in an attempt to gain access to an office space inside the restaurant, but he surrendered when it became clear there were no hidden rooms or other evidence of human trafficking.

For security officers working to protect those who are or who may become targets of conspiracy theories, these online discussions present a real danger. It is therefore important for security managers to stay up-to-date on the targets, ideologies, and symbols of some of the popular theories targeting their principals. For Q Anon, popular symbolic phrases include QPatriot, The Great Awakening, The Storm, Pedogate, the pizza emoji ( ), Follow The White Rabbit, and Down The Rabbit Hole, the last of which refer to Alice in Wonderland. Isolated communications or occasional online chatter using one of these phrases may not indicate a risk, but a pattern of use should raise red flags.

Security managers should also monitor popular discussion forums such as 4chan, 8chan, Twitter, Stormfront, and relevant Discord channels for any discussion that links their organization or its leaders to an ongoing conspiracy theory. If one does discover hateful or harassing conspiracy theory-related posts on regulated platforms like Reddit, it becomes a matter of professional judgment whether to report the post or observe how the conversation evolves. It may be preferable to monitor these accounts to assess the extent of the threat and prevent retaliation. It is strongly encouraged, however, not to engage with conspiracy theorists due to their tendency to thrive on attention. Model and Instagram personality Chrissy Teigen discovered this the hard way when she attempted to debunk a Q Anon believer’s tweet, and the community responded by sharing pictures of her daughter and accusing Teigen of pedophilia and child abuse.

It is exceedingly difficult to identify which conspiracy theorists may become so fixated that they consider taking action in support of their beliefs, although the psychological transition is similar to radicalization process that white supremacist and Salafi Jihadist terrorist actors undergo. As a result, it is hard to rule out the possibility that a Q Anon theory believer may heed one of the many calls to action found on discussion forums; therefore, we close with a reminder that security managers should create and periodically exercise plans for responding to active shooters and other lone wolf attacks. Q Anon may fade from the collective consciousness at some point, but there will certainly be another conspiracy theory to replace it.