Fifteen Years of Shock and Awe

Home » Fifteen Years of Shock and Awe
Previous Next

Fifteen Years of Shock and Awe 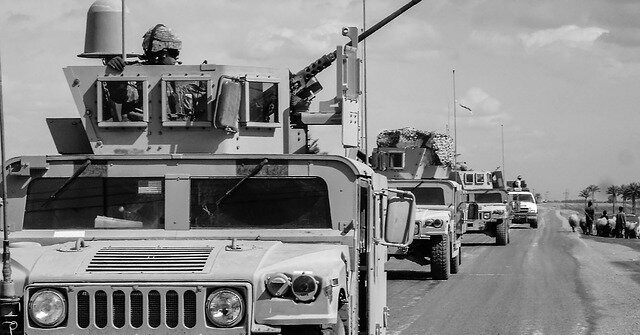 Lost in the noise of our frenetic news cycle, last month we passed a critical historical milestone without most people even realizing it. Fifteen years ago, on March 20, 2003, a U.S.-led coalition launched Operation Iraqi Freedom to topple Saddam Hussein and replace him with a pro-Western regime. Military leaders dubbed the massive air and ground campaign “shock and awe,” designed to quickly demoralize Iraqi forces with its spectacular firepower and overwhelming show of force. And at first, it all went according to plan. But the Iraqis weren’t the only ones left shocked and awed by what came next. Although the United States officially declared an end to the conflict in 2010, the years of conflict with no obvious gain left the American populace disillusioned and frustrated, shaping our current political landscape and worldview more than leaders on either side of the aisle would want to admit.

The characters of those first few months of war – Donald Rumsfeld, Tariq Aziz, Paul Wolfowitz, Uday and Qusay Hussein, Tommy Franks, and Muhammad Saeed al-Sahhaf, better known as “Baghdad Bob” for his delusional media briefings – have begun to recede into the rearview mirror of history and there has been bipartisan relief to see them go. Both Democratic and Republican leaders have gone to great lengths to distance themselves from the Iraq War, with many of our current officials claiming they were against the invasion all along. Democrats have been quick to pin the blame on the Bush administration, and the specter of Iraq was a key factor in both Barack Obama’s 2008 electoral victory and in his timid and disjointed Middle East policy during his two terms in office. Meanwhile, Republicans have undertaken a dizzying 180-degree shift in their foreign policy, swinging from George W. Bush’s ambitious neoconservative platform of democratization to Donald Trump’s “America First” isolationism in a little over a decade.

The lives of those killed or wounded were the obvious and immediate tragedy of the Iraq war. But a less obvious and immediate casualty of the war was the public trust in our elected officials and the intelligence community. Again and again, our leaders stood before the world and claimed irrefutable evidence that Saddam possessed weapons of mass destruction. President George W. Bush’s yellow-cake claims in his 2003 State of the Union address; Secretary of State Colin Powell holding a vial of anthrax in a speech at the UN; CIA Director George Tenet in the now infamous Oval Office meeting in which he proclaimed finding WMD in Iraq would be a “slam dunk.” These are some of the most indelible images of the march to war. Even the media was complicit – between 2002 and 2003, the New York Times published a series of front-page articles claiming that Saddam’s WMD posed an imminent threat to our national security. The American people bought the story, at the price of untold blood and treasure.

When no WMD were found and the United States was left to rebuild Iraq amid a hydra-headed insurgency, the shock and awe was now ours. This breach of trust drove many to turn against our “elites” and seek alternative political and media voices. Career politicians and family political dynasties like the Bushes and Clintons became targets of populist scorn. Instead, outsiders and iconoclasts offered new hope. Intelligence assessments, like those alleging Russian meddling in our elections, are now considered products of a deep state and greeted with suspicion. And media reports that we don’t agree with are immediately branded “fake news.” Not only do elites not know better, they have become the enemy.

We are in the midst of a national reckoning on multiple fronts. But a reckoning of another sort, little noticed but equally significant, has been underway now for a few years. Shocked and awed by the Iraq war, many American voters have rejected the elites that took us there, and in doing so, changed who we elect, who we trust for information, and how we view our place in the world. In the summer of 2002, Colin Powell cited what he called the “Pottery Barn rule” as he cautioned President Bush of the potential consequences of a military invasion in Iraq: “You break it, you own it.” But that’s the thing – we never have truly “owned” it. Nobody wants to acknowledge their role in leading us into war or the true costs of the conflict. When there is so much blame to go around, it’s easier to point the finger at career politicians, journalists, or faulty intelligence. But, as with any reckoning, until we all acknowledge that we each had a hand in the decision to go to war – from elected officials in both parties, to the intelligence community, military, media, and even rank-and-file American voters who stood by and tacitly supported it – the shock and awe era won’t ever really be over.