Geopolitical Risk and the Bottom Line

Home » Geopolitical Risk and the Bottom Line
Previous Next

Geopolitical Risk and the Bottom Line 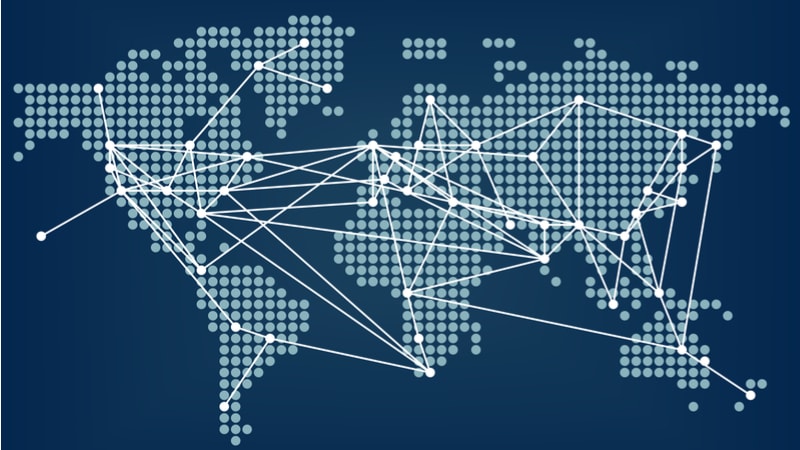 One of the hardest challenges for businesses is to accurately predict the costs associated with instability and geopolitical risk.

In economic terms, geopolitical risk looks at how politics, events, and conditions can impact governments, economic markets, or corporations. The impact of geopolitics can be profound: the recent emergence of the COVID-19 coronavirus highlights how unforeseen global events can profoundly impact governments and corporations as they scramble to contain the virus and safeguard their people. Similarly, in October 1973 a coalition of Arab states used an oil embargo to punish perceived American support for Israel during the Yom Kippur War, triggering an economic recession in the United States that cost over 2.3 million jobs and nearly 15% of GDP.

Analysts cannot foresee how history will unfold. Indeed, it would be impossible to predict the timing of a global disease outbreak or the ramifications that Egypt’s invading the Sinai would have on the American economy. At the same time, managing geopolitical risk is not guesswork, and analysts in 1972 could have postulated how global dependence on Arab oil combined with regional instability in the Middle East created a significant economic vulnerability.

A recent study in the Harvard Business Review concluded that over time the chances that a business will be impacted by some political risk is extremely high.

“Events in far-flung places affect businesses around the world at dizzying speed. Anti-Chinese protests in Vietnam create clothing stock-outs in America. Civil war in Syria fuels a refugee crisis and terrorist attacks in Europe, leaving the tourism industry shaken. A North Korean dictator launches a cyberattack on a Hollywood movie studio. We live in a new world of political risk.” [1]

The consequences of geopolitical risk are significant; they are also happening more frequently in our interconnected global economy. Despite this risk, tools and risk mitigation strategies remain surprisingly underrepresented in corporate decision-making: in 2016 the consulting firm McKinsey found that only about one quarter of executives integrated risk analysis into a formal process. Indeed, most businesses analyze market risk, very few understand political risks.

For any company, the consequences of miscalculating their geopolitical risks can be drastic; resulting in significant loss of revenue, loss of reputation, or even the death of their personnel. Even the world’s largest and most sophisticated corporations struggle to anticipate and communicate risk: One recent survey of 40 leading global firms with over $1 billion in revenue concluded that over 50% of the companies surveyed had experienced losses from geopolitical risk exceeding $100 million in revenue. America’s largest companies are replete with stories of catastrophic losses from geopolitical events. In a recent example, one of America’s largest Fortune 500 commodity companies lost nearly $500 million due to fraudulent foreign counterparts associated with drug cartels. By neglecting due diligence, the company ultimately lost the entire investment in order to avoid exposure to U.S. sanctions.

Geopolitical risks can come from a variety of sources. These risks might include economic volatility from trade wars, embargos, or failed trade policies. Businesses may suffer losses trying to operate in challenging environments that have poor rule of law, experience political instability, or are prone to violence and terrorism. Even the effects of climate change or global pandemics can significantly impact business revenue.

Given that the costs of geopolitical risk are so high, why are so many global companies bad at managing it?

Part of the problem is competition. Rapid growth and intense competition for market share among companies has greatly increased their appetites to take on risk. The race to be the first to deliver solutions or products to emerging markets in Africa, the Middle East and North Africa, South America, and Asia has left a number of companies exposed to geopolitical risks that exist far outside of their traditional business competencies. Companies take on higher levels of risk from sources that they have difficulty conceptualizing, which can have enormous impact on revenue.

Part of the problem is also the difficulty in accurately predicting world events. It is easy to understand how instability in Ukraine or Yemen could affect the ability of companies to operate or sell products there. What is less clear is how to predict how revenue might be impacted by geopolitical factors – such as growing economic nationalism – that could produce trade wars, tariffs, and embargoes. For example, it remains to be seen what the ultimate impact of Brexit will be across diverse industries from manufacturing to tourism. This problem is exacerbated by the reluctance of companies to adequately invest in geopolitical risk mitigation tools. In our current paradigm, most companies see this kind of analysis and security as sunk costs, and frequently choose to make as few investments as possible.

Together, these conditions can have enormous consequences on the ability of companies to conduct business. Geopolitical instability can impact global supply chains, operations, manufacturing, assets and infrastructure, currency and exchanges, and consumer markets. Revenue losses from geopolitical risks can be enormous, but companies struggle to calculate these costs when having to decide when to accept risk, take mitigating steps, or avoid an unstable market or situation altogether.

Businesses cannot prevent a US-China trade war, stop a coup d’état in Africa, or predict a terrorist attack in Europe. Luckily, businesses don’t need to operate in the dark. According to the Harvard Business Review, most businesses can significantly reduce their exposure to geopolitical risk. This requires that their leaders understand and analyze risks, use tools and strategies to mitigate risks that cannot be eliminated, and put robust planning and response capabilities in place beforehand to ensure effective crisis management when something inevitably happens.

Understanding and communicating risk helps minimize uncertainty and surprises. A successful strategy to manage geopolitical uncertainty includes defining risk and actively discussing a company’s appetite for it. Every company has a different tolerance for risk. Disney Corporate famously said, “nothing hurts the mouse,” implying they would actively avoid risk. At the same time, major oil companies like Chevron and Exxon are willing to operate in the world’s most unstable countries. Understanding how averse a company is to risk is the first critical step.

Part of a risk management strategy also requires analyzing risk to better anticipate events that might impact a company just over the horizon. Building an analytic function allows companies and leaders to have greater decision-advantage. One of the easiest ways to build this capability is through geopolitical intelligence reporting, due diligence efforts, red-teaming, exercises, and leveraging a variety of tools and indexes to get accurate and rigorous information. It also requires that leaders incorporate rigorous political risk analysis into decision-making to justify investments.

Unfortunately, analysts cannot predict everything, and geopolitical crises will happen that impact a company’s logistics and investments. Risk mitigation planning beforehand can help reduce vulnerabilities and manage events when they occur. This planning can include diversifying risk across investments, implementing early warning systems and triggers to detect changes in the risk landscape, and building, implementing, and practicing action plans. It also requires having crisis management plans that are robust and appropriately tailored for each business, so that leaders can respond immediately in the aftermath of an event to minimize the damage to the organization and its personnel.

In short, geopolitical risk is having a major impact on businesses in an increasingly interconnected global economy. However, companies do not need to be victims of risk, and taking proactive steps to understand and manage geopolitical risks can be the difference between financial setbacks and catastrophe.