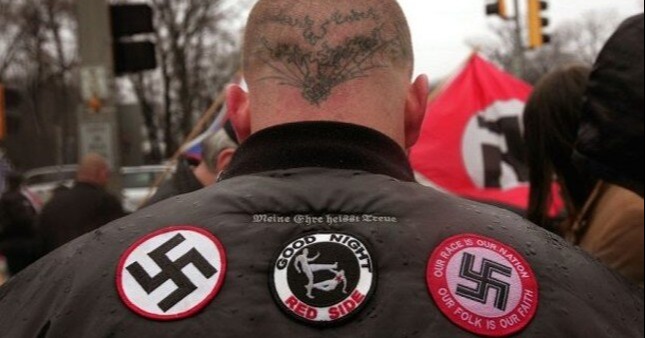 We’ve heard these words countless times since a white supremacist terrorist killed 50 Muslim worshipers at two different mosques in Christchurch, New Zealand on March 15, 2019. It was an attack that was designed to go viral, complete with a published manifesto that trolled the media with a handful of alt-right and neo-Nazi memes and references. It was shocking and sensational, and it was covered bye very major news outlet across the world. But was it revolutionary?

Terrorist groups have been adapting to cultural trends and technological advancements for decades. Al-Qaeda began using chat rooms and encrypted messaging almost as soon as they were developed and made headlines in 2010 after publishing Inspire, an official magazine that included catchy articles like “How to Build a Bomb in the Kitchen of Your Mom.” In February 2015, security analysts spent weeks analyzing ISIS’ new propaganda strategies after the group released a flashy video depicting the gruesome death of a capturedJordanian pilot who was burned alive inside a cage in the middle of the desert.

Unfortunately, coverage of terrorists’ new media tactics often supersedes coverage of their rhetorical narratives, thereby hindering counterterrorism efforts and failing to address the underlying grievances that drive radicalization and recruitment.Christchurch was no different. In the weeks since the attack, countless articles have been written about the shooter’s hatred of immigrants and his propensity for trolling, but few have discussed the underlying themes of white genocide, hyper masculinity, eugenics, and “blood and soil” that are arguably more important than a few references to Candace Owens and “kebab removalists.”

But why do they matter?

White supremacy is nothing new. Its narratives have survived for centuries, and many of its most galvanizing ideas – those of eugenics and “blood and soil” – hark back to the slave trade and, later, the Third Reich. Eugenics, or the idea that some races are inherently better than others and should therefore be bred selectively to improve a population’s genetic composition, originated in the late-1800s. As a pseudo-science, it was popular among slave traders and Nazis trying to justify the superiority of the white, Aryan race, thereby validating the exclusion and subjugation of non-white populations.

Although the Christchurch attacker did not mention eugenics by name in his manifesto, The Great Replacement, he referred to immigrants as “a race of low intellect, low agency, muddled, muddied masses”and devoted a section of the manifesto to the “racial differences” between populations. It was there that he described the “research and data” about “haplo groups, phenotypes and globalized testing” that had shaped his understanding of racial superiority.

Those same topics are frequently discussed in relation to genetic purity and eugenics on white supremacist web forums like Stormfront and Vanguard News Network. In a January 2018 post on Stormfront’s “Latest News on IQ and Eugenics” thread, one user described the “Y-R haplo groups” as “the most Aryan of Europe,” before insinuating that individuals with those haplo groups possess the higher IQs than those without. The user then went on to discuss the genetic composition of various immigrant populations and their relative IQs. It is unclear whether theChristchurch shooter intentionally omitted the term “eugenics” from his manifesto, or if it simply wasn’t a part of his vocabulary, but the theory itself is evident in his repeated assertions that white-Europeans are genetically superior and should breed to maintain their purity and prominence.

Likewise, the shooter made no direct mention of “blood and soil,” an old Nazi slogan calling for a racially homogenous nation that tends its own ancestral land, but he did direct his followers to buck democracy and embrace a more pastoral life on “their fathers lands.” Notably, words and phrases like “our soil,” “European soil,”“race,” and (European) “blood” appeared 17 times throughout the manifesto. The shooter also devoted entire sections to the ills of democracy (which he referred to as “mob rule”) and described the eventual rise of new leaders who will “be paragon examples of your people, virtuous, incorruptible, speaking truth to power and a truth that resonates with your very soul.” In short, he envisioned new, racially defined nations that had thrown off the chains of democracy to be governed by leaders who were the best representations of their all-white, all-European populations.

Although shocking, these ideas are unoriginal; they’ve been touted by white supremacists – and actual Nazis – for nearly a century. In 1924, Adolf Hitler wrote in Mein Kampf:

“A philosophy of life which endeavors to reject the democratic mass idea and give this earth to the best people – that is, the highest humanity – must logically obey the same aristocratic principle within this people and make sure that the leadership and the highest influence in this people fall to the best minds.” [1]

Both Hitler and the Christchurch attacker emphasized the importance of traditional gender roles and hyper masculinity in creating this racially superior, aristocratic, and pastoral nation.

Aspart of Hitler’s proposed agrarian society, he believed that men and women would need to “concentrate their attention to augmenting the racial, valuable core of the people and their fertility.” [2]For women, this meant devoting themselves to their families and taking pride in their roles as mothers and wives.[3] Men, by definition, would be their protectors and providers, the toilers of the soil, and the defenders of the realm.

The Great Replacement echoed Hitler’s rhetoric by emphasizing the need for a new society “with a much greater focus on family values, gender and social norms.” Throughout the manifesto, the shooter repeatedly discussed women in relation to declining birth rates, “empty nurseries,” and fertility. Meanwhile, he chided men for being “meek,” “feckless,” and “milquetoast,” encouraging them instead to defend their women and their race as “strong” and “courageous men.” The value of male strength was made evident by his repeated emphasis on the need to protect white women from being “defiled” by immigrants. So great was this concern that he devoted one of the longest sections of his manifesto to the rape and sexual assault of European women by “invasive [immigrant] scum” and ended the section with a call to “KILL THE RAPISTS; HANG THEIR FAMILIES.”

The defilement of white women by non-white men – and the call to hang perpetrators – is a popular racist trope that has been used to spur hatred and violent retribution against the “other” for centuries. According to the National Association for the Advancement of Colored People (NAACP), lynching black people became common in 19th century America as a way to protect white women from, among other things, the fear of murder and rape at the hands of non-white men.[4] It is a trope that has survived decades and continues to serve as a powerful narrative in white supremacist communities that are perpetually concerned with the defilement of white women and the perceived “genocide” of the “white race.”

Indeed, purity, fertility, and white genocide are closely linked in white supremacist rhetoric. A simple perusal of white supremacist forums (where white genocide has been mentioned approximately 4,000 times in the past year) suggests that white supremacists are convinced that – rather than pursuing genocide by traditional means of mass killing, internment, and subjugation – non-white populations are attempting to decimate the “white race” by simply out-procreating Aryans until their numbers dwindle and their blood has been sufficiently diluted.

Taken in this light, the shooter’s focus on eugenics, hyper masculinity, and the creation of a racially homogenous, agricultural state paints an even more terrifying picture: one that draws on centuries of deeply-rooted racist narratives and calls for the overthrow of democracy and the murder of innocent men, women, and children. Terrorists will continue to conquer new media and spread across new technological platforms, but the narratives echoed in The Great Replacement will outlast each new platform and forum. In order to end white supremacist terrorism, we need to think less about the meme and start addressing the underlying grievances that drive it.