Pyeongchang 2018 and the Phenomenon of Imminent Catastrophe

Home » Pyeongchang 2018 and the Phenomenon of Imminent Catastrophe
Previous Next

Pyeongchang 2018 and the Phenomenon of Imminent Catastrophe 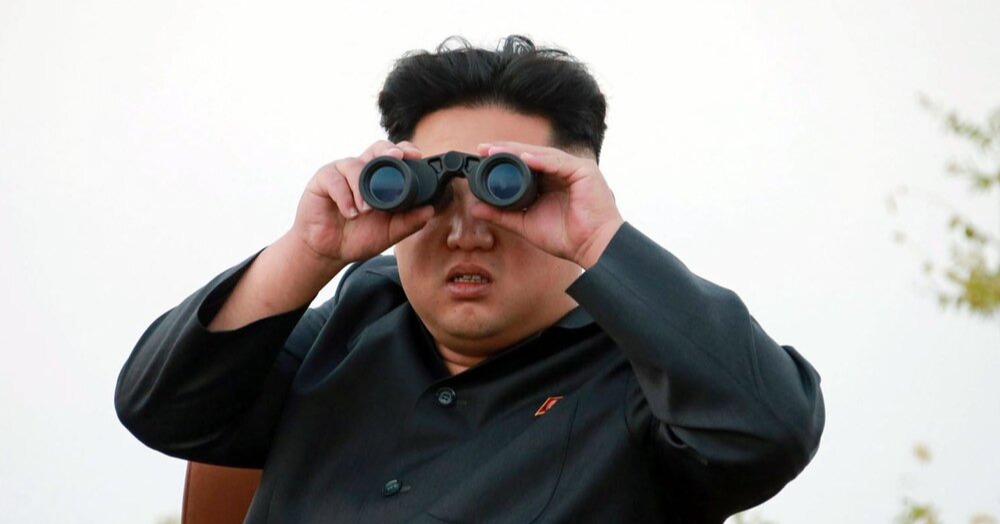 With less than a month to go before the Opening Ceremony of the Winter Olympic Games in Pyeongchang, the eyes of the world are on the Korean peninsula – but not for the reasons Olympic organizers had hoped for when they awarded the games to this South Korean mountain hamlet back in 2011.

Amid the usual scramble of last-minute preparations, the final countdown before the Olympics is meant to be a time of pageantry and an opportunity for the host country to bask in the international spotlight.  Historically, the torch relay, concerts, cultural showcases, and an international media blitz are all part of one great big pre-party.  But over the last six months, with a war of words with U.S. President Donald Trump and a series of nuclear and long-range missile tests that have rattled the region, North Korean leader Kim Jong-un has stolen the show from his southern neighbors and ensured that on the eve of the Olympics, the world’s attention is fixed on Pyongyang, not Pyeongchang.

In July, Kim put the world on notice when North Korea tested a Hwasong-14 ballistic missile, with an estimated range of 6,700 kilometers. On August 8, a leaked U.S. Defense Intelligence Agency report concluded that North Korea had produced miniaturized nuclear warheads for ballistic missile delivery.  That same day, President Trump told reporters that further North Korean threats to the United States would “be met with fire and fury like the world has never seen.”  In early September, North Korea conducted its sixth nuclear test, claiming the device tested was a hydrogen bomb and the test was a “perfect success.” Two weeks later, in his first address to the UN General Assembly, President Trump threatened to “totally destroy North Korea” if the United States is forced to defend itself or its allies, adding, “Rocket Man is on a suicide mission for himself and for his regime.” In response, Kim called Trump “mentally deranged,” and North Korean Foreign Minister Ri Yong-ho said that Trump’s comments at the UN General Assembly and on Twitter were tantamount to a declaration of war.  The back-and-forth has continued into the new year, with Kim boasting, “I have a nuclear button on the desk in my office,” he said. “All of the mainland United States is within the range of our nuclear strike.” To which Trump responded that his nuclear button is “much bigger & more powerful one than his, and my Button works!”

Despite these schoolyard taunts from both sides, the likelihood that Pyeongchang 2018 will be upended by war is very low. In fact, breathless reports of impending doom in South Korea are consistent with an emerging trend ahead of other recent Olympic games, in which press coverage of the host country’s logistical and security challenges gets caught in a media feedback loop and the outsize narrative begins to distort what was initially a legitimate (yet usually manageable) concern into certain disaster, ultimately resulting in calls to move or even cancel the whole thing. I first dubbed this “the phenomenon of imminent catastrophe” ahead of the Sochi Olympics in 2014, and it has only become more pronounced in the run-up to Rio 2016 and Pyeongchang 2018.

Going back to the 2008 Beijing Olympics, pundits predicted a pollution-induced health emergency, leading some athletes and visitors to deplane in masks. In 2014, reports of imminent terror attacks swirled in the weeks before the Winter Olympics in Sochi. At one point, Chechen “Black Widow” suicide bombers had reportedly infiltrated the secure perimeter and were waiting for the games to begin before blowing up Olympic venues and attacking visitors. Two years ago, many predicted calamity for the Rio 2016 Summer Olympics, and would-be spectators stayed home in droves over fears of contracting the zika virus, which came on top of longstanding concerns about crime, political unrest, and unfinished venues.

Indeed, zika, political dysfunction, and rampant crime posed a legitimate threat to the Rio games. And yes, the specter of Chechen terrorism loomed over the Sochi games. And no one would argue that the air in Beijing provided healthy conditions for visitors, let alone Olympic athletes. But judging by the media narrative of imminent doom, which reached a crescendo in the run-up to these events, all were sure to end in catastrophic failure.  Instead, each of these Olympics went off without major incident. In Rio, there were no confirmed cases of zika for foreign visitors during the Olympics, and the most noteworthy criminal incident turned out to American swimmer Ryan Lochte’s drunken shenanigans at a Rio gas station.

The phenomenon of imminent catastrophe has never been starker than it is now, as Pyeongchang prepares for its 17 days in the global spotlight. But despite the latest tensions on the Korean Peninsula, the games will go on. North Korea’s behavior continues to confound the international community, but experienced North Korea observers agree that, ultimately, Kim is a rational actor. In his New Year’s Day address, Kim opened the door for talks with Seoul and expressed hopes “that the South will successfully host the Olympics.” Three days later in a phone call between South Korean President Moon Jae-In and President Trump, the two leaders agreed to suspend joint military operations until after the Olympics have concluded, greatly reducing the immediate threat of miscalculation. On January 9, North and South Korean officials met for face-to-face talks for the first time in two years, and North Korea confirmed that it would send a small team to compete in the games.  Furthermore, as host of the next Winter Olympics in 2022, China will have one of the largest delegations in Pyeongchang. And while Beijing’s influence on the hermit kingdom has often been overstated, North Korea is unlikely to take any action to disrupt an event in which the Chinese are so heavily and publicly invested.

The good news is that athletes and spectators can expect this Olympic truce to endure at least through the end of the games. The only fireworks near the 38th parallel in February are going to be at the Opening and Closing Ceremonies. But past Korean détentes have proven to be fragile and short-lived, and this one is unlikely to be any different – the Olympics are simply a pause button. And in March, after the medals are all handed out, the flame is extinguished, and the global gathering is dispersed, the Peninsula will revert to its familiar cycle of brinksmanship.