Security Hot Spots: How Conflict, Elections, and Sports will Shape the Security Landscape in 2022

Home » Security Hot Spots: How Conflict, Elections, and Sports will Shape the Security Landscape in 2022
Previous Next

Security Hot Spots: How Conflict, Elections, and Sports will Shape the Security Landscape in 2022

Disputes have dominated news feeds over the past several months, with global conflicts affecting many areas around the world. As we look ahead in 2022, there are several areas where Concentric can add value as security issues continue to arise. 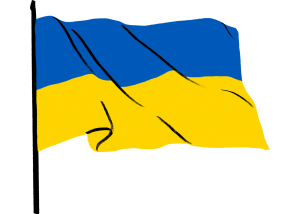 Eastern Europe is experiencing war and mass migration that could have an impact on other security situations in the area. Russia’s invasion of Ukraine has not only made Ukraine and Poland dangerous locations for travel, but has the potential for a ripple effect on the stability of eastern Europe.

The partnership between Belarus and Russia, which allowed Russian forces to invade Ukraine from the north, has led to concern amongst eastern European NATO allies that similar actions could take place in their own territories should Russia continue to be provoked. If this were to happen, the result would be catastrophic on a global scale. NATO’s Article 5, which outlines the Treaty’s collective defense principle, would be triggered, meaning all current members of NATO would be required to protect their eastern European allies such as Lithuania, Estonia, and Latvia. The destruction, displacement, and resulting casualties would not only alter the future of Europe, but the entire world, for the worse. The refugee crisis that has resulted from the current violence is staggering, as over three million people have fled Ukraine over the last month. Major urban city centers in neighboring European countries, such as Warsaw, have seen their population swell by almost twenty percent in just a matter of weeks since the outbreak of the conflict. The massive influx of refugees is not an easy burden to bear, as it puts a strain on both the logistics and supply chain of the host country.

Concentric has chosen to step in and aid in the ongoing evacuation efforts, having currently completed more than twenty extractions of refugees and equipment from Ukraine to other countries in Europe for clients and private entities. Our Concentric team also took action during the Afghanistan crisis in the late summer of 2021, as we have prioritized making an impact and saving lives amidst global events. 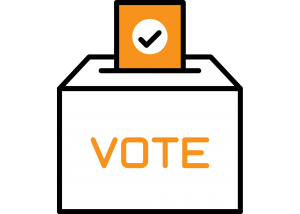 Upcoming elections around the globe are potential hot spots for security challenges. While elections are often peaceful events, they also have the ability to spark protests, riots, and cause significant shifts in both policy and public safety.

France’s presidential election is rapidly approaching, coming at a time where focus in the region is on Russia’s invasion of Ukraine, COVID-19 protocols and cases, the rising cost of living across the country, and immigration. Depending on the outcome of the election and subsequent policies, there may be nationwide protests and backlash to follow. The Philippines will also hold their presidential election this year, which could redefine the Philippines’ relationship with China and significantly shift internal policies. The implications on the election project to the South China Sea, where the relationship between these nations impacts the rights of fishermen from the Philippines, China’s military presence and maritime law enforcement, and control of territory. Because the Philippines is a United States treaty ally, election results and subsequent policies are of critical importance domestically. The United States midterm elections in November often act as a referendum on current policies, both domestic and foreign. With many governorships and both chambers of Congress up for grabs, it is likely that there will be protests from both far-right and far-left parties expressing outrage on the election outcome and other contentious topics such as election security, inflation, climate change, and racial justice.

Concentric has engaged in travel security support, live monitoring, protest monitoring, intelligence reporting (both surface and dark web), and travel risk assessments surrounding elections for many clients. Our highly engaged team remains continually aware of the security situation during and after elections both domestically and abroad. 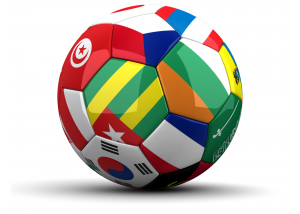 The 2022 World Cup, which is scheduled to take place across Qatar in December, could also present security challenges to travelers and citizens. The tournament expects to bring over one million fans from around the world to the small Persian Gulf country to support their respective teams. An influx of that many travelers leaves the door open for nefarious individuals to slip in undetected and potentially cause havoc during the event. Turkey will reportedly be sending over 3,000 security personnel to include riot police, special forces, and bomb-detection dogs to Qatar to oversee access control to stadiums and to perform other general security sweeps during the 45-day tournament. In addition to these individuals, Turkey has also trained over 600 Qataris across multiple security related fields in an effort to prepare them for all possible threat scenarios.

While FIFA continues to advocate for the safety measures being taken ahead of the global soccer tournament, tensions in the Middle East remain strained. In February 2022, the United States conducted a raid in northern Syria that resulted in the death of ISIS leader Abu Ibrahim al-Hashimi al-Qurayshi. Despite this step to eradicate the terrorist group’s leadership, ISIS continues to operate and remain a threat throughout the region. The gathering of such a large group of people in a highly concentrated area could present an opportunity for an ISIS-inspired attack during the tournament.

Concentric has previously supported clients at high-level sporting events, having had a presence at multiple Super Bowls, the two most recent Summer Olympic games, and other global championships. In addition to providing Executive Protection agents, Concentric has run on-site operation centers to provide real time updates to our clients on any threats detected through open source and dark web intelligence collections.

For more information on how Concentric can support global operations, please visit our website, and reach out to let us know how we can help keep you safe and secure.