Home » Security Paradigm for Influencers and Gamers
Previous Next

In simpler days, “influencers” were those famous actors, sports stars, or politicians that were known by the general public, but whose accessibility was easily controlled and mostly limited to the physical environment such as movies, sports games, or specific events. With the internet, however, we have seen a sharp ascension in not only the accessibility of these previously known influencers, but also in the increased number of rising stars. Now, influencers include gamers, social media app stars, and reality TV stars. More importantly, the public has seemingly direct access to all of these influencers either through the content provided by the influencer, or the information their followers can easily find about them. Unfortunately, the influencer industry is lagging behind on not only acknowledging the security threat posed by their unique accessibility, but also dealing with stigma and technology limitations that prevent adequate and holistic response options for the virtual threats that are directly turning into physical violence.

In the gaming industry, specifically, we see both men and women targeted, stalked, harassed, and even killed. League of Legends Twitch streamer Janet “xChocoBars” Rose has long documented her struggle with a prevalent stalker, even stating, “I often think about how I will prob die by the hands of my stalker and no one can do anything about it until it really happens I know it’s heavy to talk about but if it does happen I hope my death will mean something and help protect other creators from similar situations” (August 24, 2020).

Her capitulating sentiment is shared by other gaming influencers across the industry, including Sweet Anita, who put together a video sharing her own and her peers’ experiences with stalkers, death threats, and doxxing experienced directly as a result of their publicly virtual profession.

Ultimately, the uniqueness of influencers’ security problem comes from their real or perceived accessibility, the bipolarization of social consciousness in today’s era, including stigma of their profession, and the ability for bad actors to hide behind pseudonyms and aliases to prevent prosecution for their actions.

As gamers bring viewers into their living rooms and/or bedrooms during live-stream games, participants can feel personally connected to the event, even though they are doing so along with tens of thousands of fellow viewers. Allowing that personal access directly results in increased fandom, as most perceive it as an invigorating venue to watch their favorite games played, figure out strategy and technique, and build a community of like-minded individuals. However, for a few of these followers, that access can quickly turn into a perceived personal relationship with the streamer. That opportunity to view personal bedroom details, hear the stream of consciousness during the gaming events, and even have the opportunity to directly interact can make certain personalities obsess and feel that accessibility to the individual is a “right” rather than a privilege. That crossover into obsession is enabled by the ease of information about these individuals including physical addresses, familial contact information, and “pattern of life” details such as frequented stores, gyms, and friends’ houses. The accessibility provided by the gamer, in addition to the accessibility able to be garnered from internet searches, can enable toxic obsessions and responses from “fans.”

Additionally, the trend observed over the last few years of polarizing opinions has had direct implications for online personas who are simultaneously expected to act or not act a certain way, say or not say something, react or not react to something, or even use or not use certain products. Influencers are mandated to have only an acceptable opinion and when that is not in line with what a fan anticipates/expects, the reaction can be brutal. The counter to that over-sensitization, however, is a desensitization implication where negative comments and responses are expected to be seen, allowed, and anticipated, even on a mass scale. Because that baseline is established, the threat escalation is significantly higher while also being allowed to “drown in the noise.” The direct experiences these gamers have had first commenced in the virtual world, where they were trolled, doxed, insulted, and threatened far before anything physical was conducted. However, because virtual attacks are below the threshold of concern, no direct correlation is anticipated to evolve into physical threat, regardless of the data proving otherwise.

Finally, response options from local law enforcement and hosting platforms are limited both due to stigma and capability. Capability-wise, users of these online platforms have to provide minimal information in order to acquire an account. That means that full names, addresses, and contact information is usually missing. Even if hosting platforms wanted to provide information to the authorities to assist in prosecuting individuals, they are not set up with the information in order to do so. Also, law enforcement is limited in their response options when threats and physical presence (such as sleeping outside her house in SweetAnita’s case), until illegal physical altercations occur. Finally, the stigma influencers have dealt with as a result of their chosen profession was repeatedly brought up in the Sweet Anita documentary, in that they are not taken seriously, nor are threats against them considered serious until physical action is taken. This resigned reality is the sentiment with which xChocoBars, SweetAnita, and many others have shared in their attempt to invigorate the concern surrounding their unique security vulnerabilities. As SweetAnita said, “It’s a wonderful opportunity…I don’t want to have to lose my life for it.” 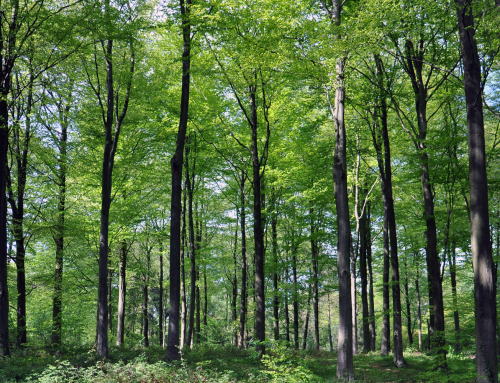