The Diversification of Extremist Violence

Home » The Diversification of Extremist Violence
Previous Next

The Diversification of Extremist Violence 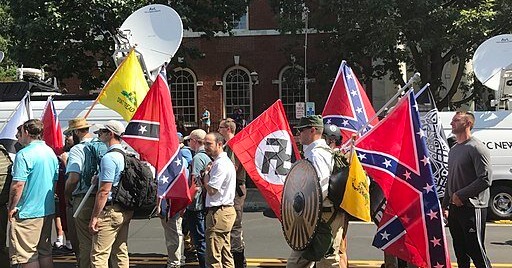 Five years ago, if you had walked into a room of security professionals and asked what threats kept them up at night, you’d likely have heard about lone-wolf attacks inspired by ISIS or Al-Qa’ida. Indeed, since 9/11, much of our security architecture has been designed to mitigate threats from a very singular threat profile: an Islamist extremist, acting alone or with guidance from an international terrorist organization. As recent events demonstrate, however, many organizations remain attuned to an outdated threat model. Let’s take a look at several recent acts of extremist violence in the United States and Canada:

And what to make of Alek Minassian, part of a community of online “incels” (men who are involuntarily celibate) that blame women for rejecting them, who drove a van through crowds on April 21 in Toronto, killing at least ten people? Minassian’s attack was not the first of its kind: in 2014, Elliot Rodger killed three roommates before shooting several women in a Santa Barbara sorority house. Rodger left behind a manifesto that detailed his hatred for women and minorities.

This is only a partial list or recent incidents of domestic extremist violence. Threats today come from a startling diversity of threat actors driven by an unpredictable mix of personal and political grievances. Government organizations warned as far back as 2009 about the increasing threat from right-wing extremist groups (see reports from West Point’s Combating Terrorism Center and DHS). Unfortunately, their prescient reports became political footballs in debates over free speech, as conservative critics suggested that these reports were “half-baked warnings” that sought to demonize “loyal Americans.”

A slew of recent reporting from organizations that study violence supports the trends identified in the earlier DHS and CTC assessments, although their data categorization differs:

Unfortunately, much of the country was caught off-guard by the last summer’s violence at the Unite the Right rally in Charlottesville.  But the indicators were there, particularly for those communities that have already suffered at the hands of right-wing extremists. For anyone fortunate enough not to have previously been targeted by such violence, Charlottesville provided a hard lesson about the potential for right-wing extremist attacks. The challenge for security professionals is still to find a needle in the haystack, but now we have a clearer understanding of just how many needles there are. Notably, these statistics do not include many school shootings, which, although they are terrifying, are not always categorized as having an extremist motivation.