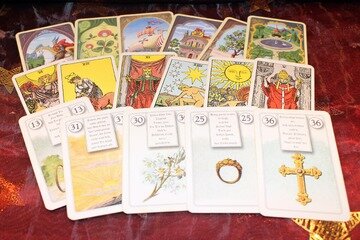 As analysts, we know that making predictions is a tricky exercise that does not always pan out. Still, it is our role to anticipate future developments in a changing world, not to mention fun to try a little forecasting at the start of a new year. So what lies ahead in 2019?

Looking backwards, some major security and political trends from 2018 will surely carry forward, chief among them an increase in right-wing terrorist violence and greater political polarization and populist movements in the United States and Europe. Recent stock market volatility points to growing economic uncertainty and may indicate some degree of economic contraction in the year ahead. Furthermore, just by looking at the political calendar, we can also anticipate the rise and fall of a crowded Democratic presidential candidate field (and possibly a Republican primary challenge) ahead of the 2020 election. In addition, Brexit will take place in one form or another in March.

However, to understand how these events will shape the security, political, and business environment in 2019, it is also important to look at underlying movements in technology, international cooperation, and corporate activism. With this in mind, here are three trends that Concentric is watching in 2019:

Concentric has been monitoring the impact of political conspiracy theories for the last several years, and unfortunately, this is one security trend that will persist in 2019. Both surface and dark web forums allow conspiracy believers to discuss new “evidence” and indoctrinate new adherents to theories ranging from the benign to the malignant.  The primary threat from conspiracy theories stems from the small number of individuals who seek to turn an online discussion in to an action “in real life.” Such actions may involve attacking those that the conspiracist erroneously believes are “pulling the strings,” thus presenting a physical security threat to an organization or an individual.

Sociologists and psychologists have spent decades studying the radicalization process among terrorists, and many of the same pathways to extremist thought are found among conspiracy theorists who are inspired to commit acts of violence.However, just as programs to track violent extremist thought have proven inconsistent in identifying terrorists that are ready to take up arms, companies and independent security professionals will have a difficult time identifying truly violent conspiracy theorists. Complicating matters, political campaigns ahead of the 2020 election will provide plenty of opportunities for conspiracy theories to mutate and enter into the physical world next year. The fact that the internet has allowed fringe groups railing against globalist conspiracies to find a global audience means that it will be even harder to identify the violent needle in the dark web haystack.

Major social media sites, including Twitter, YouTube, and Facebook, invested significant time and money into identifying and removing content that violates each company’s terms of service in 2018. So far, this approach is proving reasonably effective for Islamist terrorist content, copyright infringement, and even disturbing content. However, removing misinformation –  and particularly right-wing hate speech – has proved to be a third rail for companies this year.The deplatforming of Alex Jones and InfoWars in August 2018 was a prime example: while individuals targeted by Jones were relieved that he lost his soapbox on Twitter, Facebook, and YouTube, conservative politicians viewed it as more evidence that Silicon Valley is in the business of censoring conservative voices. Further, pressure on PayPal, Square, and Stripe to remove alt-right social network Gab from their payment networks after the shooting at a Pittsburgh synagogue also shows that even B2B, SaaS, or payment companies are not immune from deplatforming campaigns.

At the same time, tech companies should also expect larger and more frequent public campaigns calling for denial of service to controversial figures. Twitter campaigns and petitions achieved some success in pressuring tech companies to drop alt-right personalities in 2018, reinforcing the public’s expectation that private companies are accountable for determining how and by whom their technology is used. The implications for companies are far-reaching, and it remains to be seen how much companies will risk to the bottom line to please public opinion.

There are two other facets of the free speech debate that are likely to affect the tech sector in 2019. The first is increased regulatory scrutiny, which is on the mind of every politician from local legislatures to international bodies like the European Union. Although few lawmakers are ready to rely on social media platforms to be the arbiter of what is free speech and what is misinformation, California’s new data privacy act, set to take effect at the end of 2019, demonstrates an increasing willingness to regulate the tech sector. At the very least, expect to see more congressional testimony from tech executives in 2019.

Under President Donald Trump, the United States has placed little weight on using diplomacy to promote international human rights. Unsurprisingly, familiar human rights violators have been emboldened to use repressive tactics on their citizens. News broke this year that China placed some ethnic Uyghurs in reeducation camps, and Nigerian security forces used live ammunition against peaceful protestors, citing a tweet from President Trump about using firearms against rock-throwers as permission to do so.

In recent years, private sector companies have leveraged their influence in new ways to criticize human rights violations, using their economic ties as a form of multilateral diplomacy. While international outrage over the killing of journalist Jamal Kashoggi, likely on the orders of the Saudi Crown Prince Mohammad bin Salman, did not move American diplomatic policy, private sector companies used their clout to criticize the Saudi government. Ahead of a large investment conference hosted by the Kingdom of Saudi Arabia, prominent news media companies withdrew their sponsorship, the CEOs of finance sector heavyweights like BlackRock and JP Morgan Chase backed out, and even notable tech sector figures Uber CEO Dara Khosrowshahi and Google Cloud’s Diane Greene chose not to attend. Bin Salman was subsequently treated as a pariah at the December G20 summit in Buenos Aires.

Although withdrawing from a conference is unlikely to alter Mohammad bin Salman’s broader foreign policy calculus, it may cause other companies to think twice about the implications of doing business with repressive governments. Businesses will likely be faced with difficult decisions when weighing the political and financial risks associated with taking a principled stand, even as employee pressure has forced several companies – notably Google – to abandon lucrative contracts that were seen by employees as counter to corporate values.

These are just a few of the trends that may appear in the year ahead; undoubtedly there are surprises and plot twists in store for all of us. The only truly safe prediction is that the world will keep changing, requiring all of us to expect the unexpected. No matter what surprises the new year has in store, everyone at Concentric looks forward to the interesting developments to come in 2019.