What to Expect at UNGA 73

Home » What to Expect at UNGA 73
Previous Next

What to Expect at UNGA 73 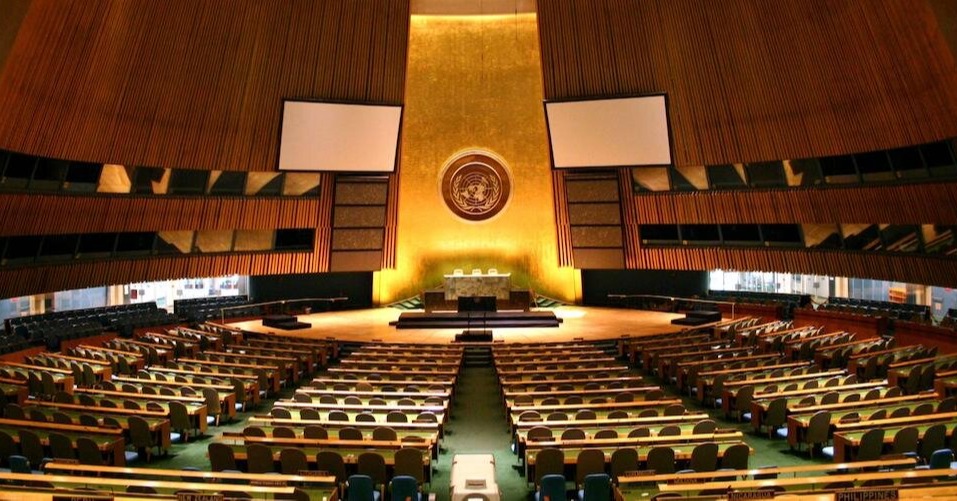 The 73rd session of the United Nations General Assembly (UNGA 73) opens September 18 in an era marked by growing nationalism and skepticism regarding the importance of international institutions and alliances. In advance of what is likely to be a contentious session, UNGA 73 president-elect Espinosa Garcés of Ecuador highlighted the need to strengthen multilateralism and fulfill the UN’s seventeen Sustainable Development Goals (SDGs) for 2030. Nine working days of high-level debate begin on September 25, and the leaders of the UN appear ready to make the case for a multilateral world order: the theme of UNGA 73 is “Making the United Nations Relevant to All People.”

The UN has been challenged by declining U.S. global leadership following the inauguration of U.S. President Donald Trump. Trump has been a consistent critic of international organizations, disparaging previous administrations for letting the UN “take advantage” of the American people and calling for cuts in funding to the UN. Trump has already pulled the United States out of the Paris climate accord and UN Human Rights Council. Additionally, national security advisor John Bolton has advocated for the United States to declare its legally-binding financial contributions to the U.N. as “voluntary.” In today’s world, one could almost imagine a scenario where the current President of the United States withdraws the country from the UN.

For its part, the leadership of the EU reaffirmed Europe’s commitment to a proactive, multilateral UN agenda, with a focus on peace, climate action, migration, counterterrorism, and non-proliferation. However, the EU has not been immune to the rise of nationalism and isolationism – Brexit serves as a stark example – and some countries may use the UNGA as a bully pulpit for an anti-globalist, nationalistic agenda.

Here are some issues to watch during UNGA 73:

Climate Week NYC 2018, an annual summit on climate action that is attended by government and private sector leaders from around the world, is taking place during UNGA 73. The United States’  leadership on the issue has waned, with Trump calling climate change a “hoax” and announcing his intent to withdraw from the Paris climate agreement. In a forum typically reserved for executive branch leadership, American business and local political leaders have stepped in to represent the United States on the global stage. At the 2017 UNGA, Democratic governors, including California Governor Jerry Brown and Washington Governor Jay Inslee, in an unprecedented move, held meetings with European leaders, Brazil, small-island leaders, and UN secretary general António Guterres and committed to working together on global warming. Governor Inslee assured the 2017 UNGA, “You have allies in the United States.” Under the current administration, U.S. action on climate change will be driven at the local and state level.

UNGA 73 will host three high-level meetings on the global health issues of tuberculosis (TB), noncommunicable diseases (NCDs), and universal health coverage. Among infectious diseases, TB is the leading cause of death, killing approximately 1.7 million people in 2016, and a recent surge in drug-resistant strains of TB only exacerbates the problem. UN leaders hope to adopt a resolution to end the TB epidemic by 2030, committing governments to contribute $13 billion a year by 2022 for treatment and $2 billion for drug-resistant TB research. Disagreement between the United States and South Africa on intellectual property is the last sticking point. Separately, a high-level meeting on September 27 will assess progress made on reducing NCDs, including tobacco-related illnesses, and recommend next steps. The third high-level meeting will focus on achieving universal health coverage by 2030, including financial risk protection and access to quality healthcare, medicines, and vaccines.

UNGA 73 comes less than a month after a stunning UN report concluded that top military figures in Myanmar must be investigated for genocide in Rakhine state and other crimes against humanity. The August 2018 report recommends taking Myanmar to the International Criminal Court, although a referral requires support from the five permanent Security Council members, and China is unlikely to support such action. Regardless, one can be sure that ending the genocide and finding a solution to the 700,000 refugees that have crossed Myanmar’s borders remains a concern to Bangladesh and the UN.

Meanwhile, the UN secretary general warns of a potential “humanitarian catastrophe” in northwest Syria, amid news this month that Syrian leader Bashar al-Assad is preparing for a major military offensive to retake Idlib, the final opposition stronghold. In mid-September, UN peace envoy for Syria Staffan de Mistura is scheduled to host Iran, Russia, and Turkey for talks on drafting a new Syrian constitution, but it is unclear whether significant progress will be made before UNGA. The civil war has killed over 350,000 people and displaced millions since the brutal repression of anti-government protests turned to war in 2011.

Conflict between Israel and Palestine is a constant concern. The Trump administration has been highly critical of an alleged anti-Israel bias within the UN. Recently, United States Ambassador Nikki Haley criticized the UN for ignoring claims that Hamas is targeting Israeli farmland with arson kites. Israel is irate at news that Palestine will take over the chairmanship of the Group of 77. Another sore subject heading into UNGA 73 is the UN Relief and Works Agency for Palestine Refugees in the Near East (UNRWA), which pays for schools and essential services for Palestinians in Gaza, the West Bank, Jordan, Syria, and Lebanon. On August 31, the United States announced it would end all contributions, unexpectedly slashing UNRWA’s budget by about one-third. Regional security experts, including some in Israel, believe that UNRWA’s budget cut will only encourage violence and exacerbate the humanitarian crisis in Gaza.

Palestinian daily Al-‎Quds reported in August that Trump, who is scheduled to speak on September 25, plans to introduce the Israeli-Palestinian peace plan, reportedly being developed by Jared Kushner, during UNGA 73. However, the peace plan rollout has been repeatedly postponed. Regardless, Trump’s pro-Israel policies, especially the relocation of the U.S. ‎Embassy to Jerusalem, threaten U.S. legitimacy on the issue. Palestinian Authority leader Mahmoud Abbas refuses to engage in U.S.-led talks since the U.S. Embassy moved in May 2018. Palestinian media entity Ma’an reports that Abbas will unveil an alternative peace plan to the assembly.

Following Trump’s June summit with North Korean leader Kim Jong Un, some observers speculated that the reclusive dictator might make his first UNGA appearance in September. However, this looks doubtful after Trump abruptly canceled the next round of negations on North Korea’s nuclear program. Foreign Minister Ri Yong Ho is scheduled to address the UNGA on September 29. Another potentially historic, albeit unlikely, meeting would be between Trump and Iranian President Hassan Rouhani. Trump’s withdrawal from the JCPOA, reintroduction of sanctions, and threatening tweets in July likely quashed the potential of a sideline meeting. On August 12, Iranian Foreign Minister Mohammad Zarif dismissed any possibility of U.S.-Iran talks, saying “The Americans are not honest.” Regardless, experts will closely watch Iran’s address to the General Assembly, looking for clues on policy or the identity of the next Supreme Leader.

A Trump-Putin reunion is unlikely, as Putin does not plan to attend UNGA. Russia’s delegation is led by Foreign Minister Sergey Lavrov, who hopes to meet with U.S. Secretary of State Mike Pompeo on the sidelines. Russia’s incursion into Ukraine, despite falling from international headlines, clearly remains at the front of Ukraine’s mind, as the Ukrainian delegation is preparing a series of initiatives for UNGA 73 targeting the issues of the Crimea occupation and Russia’s armed aggression in Donbas.

In addition to the potential flashpoints above, unscripted comments by Trump on Twitter or in person could quickly enflame tensions. Undiplomatic tweets have repeatedly stoked tensions between the United States and adversaries like North Korea and Iran.

One hopes that calmer heads will prevail during UNGA 73. Nevertheless, growing nationalism and unilateralism not only threaten to hinder progress on critical threats like TB and global warming, but also raise doubts over the effectiveness of the UN, multilateralism, and other international institutions moving forward.